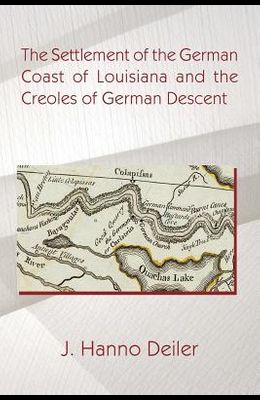 Louisiana is a state highly unique and diverse in its history and traditions. While mainly known as a French territory, the early German settlers greatly contributed to the rich culture. J. Hanno Deiler's The Settlement of the German Coast of Louisiana and the Creoles of German Descent is a fascinating work filled with rare details, life and accomplishments of the early settlers of German heritage who came and helped form the young Louisiana. Photographic reproduction of the 1909 edition.