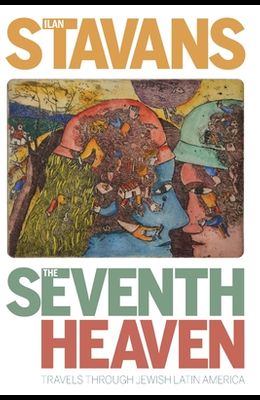 Jewish Book Council Natan Notable Book 2020 Internationally renowned essayist and cultural commentator Ilan Stavans spent five years traveling from across a dozen countries in Latin America, in search of what defines the Jewish communities in the region, whose roots date back to Christopher Columbus's arrival. In the tradition of V.S. Naipaul's explorations of India, the Caribbean, and the Arab World, he came back with an extraordinarily vivid travelogue. Stavans talks to families of the desaparecidos in Buenos Aires, to Indian Jews, and to people affiliated with neo-Nazi groups in Patagonia. He also visits Spain to understand the long-term effects of the Inquisition, the American Southwest habitat of secret Jews, and Israel, where immigrants from Latin America have reshaped the Jewish state. Along the way, he looks for the proverbial seventh heaven, which, according to the Talmud, out of proximity with the divine, the meaning of life in general, and Jewish life in particular, becomes clearer. The Seventh Heaven is a masterful work in Stavans's ongoing quest to find a convergence between the personal and the historical.

List of All Editions of The Seventh Heaven: Travels Through Jewish Latin America