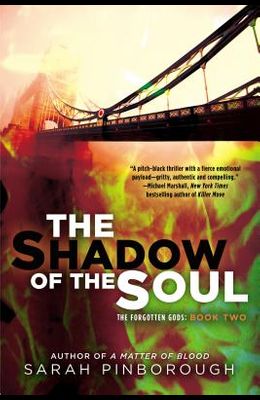 The Shadow of the Soul

The author of the diabolically clever* A Matter of Blood returns with another gritty supernatural thriller featuring hard-boiled homicide detective Cass Jones... A devastating terrorist attack has crippled London. To find a perpetrator who is more than human, Special Branch turns to Detective Inspector Cass Jones. Cass is already investigating a series of student suicides, but saying no to Special Branch isn't an option--even when he's hit with a much more personal and deeply disturbing mystery: a message left for him by his murdered brother revealing that Cass's nephew was stolen at birth. Cass's investigations and his search for the boy lead him down a dark labyrinth to the shadowy Mr. Bright and his otherworldly allies--and into the middle of an ancient and deadly feud, with no less than the fate of humanity hanging in the balance... *F. Paul Wilson

The Dog-Faced Gods Series In Order - By Sarah Pinborough