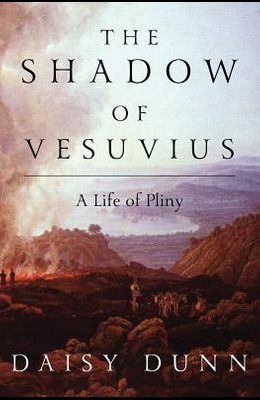 The Shadow of Vesuvius: A Life of Pliny

When Pliny the Elder perished at Stabiae during the eruption of Vesuvius in 79 AD, he left behind an enormous compendium of knowledge, his thirty-seven-volume Natural History, and a teenaged nephew who revered him as a father. Grieving his loss, Pliny the Younger inherited the Elder's notebooks--filled with pearls of wisdom--and his legacy. At its heart, The Shadow of Vesuvius is a literary biography of the younger man, who would grow up to become a lawyer, senator, poet, collector of villas, and chronicler of the Roman Empire from the dire days of terror under Emperor Domitian to the gentler times of Emperor Trajan. A biography that will appeal to lovers of Mary Beard books, it is also a moving narrative about the profound influence of a father figure on his adopted son. Interweaving the younger Pliny's Letters with extracts from the Elder's Natural History , Daisy Dunn paints a vivid, compellingly readable portrait of two of antiquity's greatest minds.

Books similiar to The Shadow of Vesuvius: A Life of Pliny

List of All Editions of The Shadow of Vesuvius: A Life of Pliny