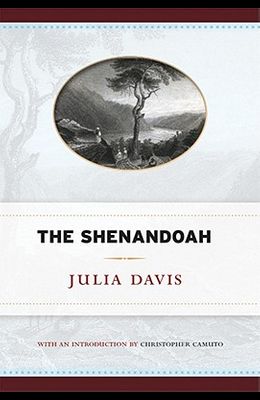 Nestled between the Blue Ridge and Allegheny Mountains, the Shenandoah Valley is one of America's most remarkable places, noted for its breathtaking natural beauty and for its importance as a crucible of historical events. In this spectacular book, two artists who hold the region dear celebrate the region's splendor. 199 color photos.

From the Back Cover Although not a native of the Shenandoah - indeed, he was born in Germany - Lucian Niemeyer has an abiding affection for the bounteous natural blessings of the Valley and for its inhabitants' way of life. That affection is evident in every one of the nearly 200 color images that fill the pages of this book, encompassing the Shenandoah and its closely surrounding region, from Harpers Ferry to Roanoke. Niemeyer offers entrancing views of hidden valleys, rolling farmlands, acres of wildflowers, and cascading woodland brooks. He shows us shadowy forest glades where deer and other wildlife still abound, and many of the caverns and other geological formations that attract visitors from all over the world. He captures the Valley in all its seasons, from fertile summer to snow-clad winter, from the fresh green of spring to the astonishing crimson and gold of fall. His photographs also depict the area's many historic sites, from centuries-old houses to the campuses of the Virginia Military Institute and Washington and Lee University, and introduce us to the Valley's people in their work and play. The words of Julia Davis form the perfect complement to Niemeyer's evocative photographs. Davis was raised in the Shenandoah Valley and was the daughter of John W. Davis, the distinguished lawyer, ambassador, and former United States presidential candidate. She was an admired writer and the author of many books, perhaps the best-loved of which was the history of the Shenandoah she wrote in 1945 for the Rivers of America series. Shortly before her death in 1993 at age ninety-two, Davis completed an abridgment of that book for inclusion in this volume. Her beautifully written text traces the history of theShenandoah from its earliest settlement into the twentieth century, and focuses on such important periods as the French and Indian War, the Revolution, the War Between the States, and the Great Depression.

Rivers of America Series In Order - By Jim Davis