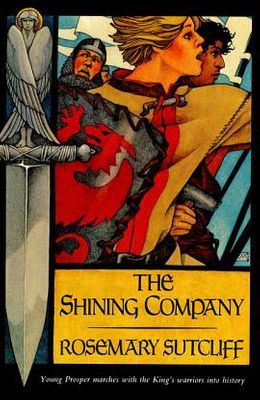 Life is secure and peaceful for young Prosper, second son of Gerontius, until the day Prince Gorthyn arrives with his hunting party. Prosper's unusual daring in the hunt catches the prince's attention, and he promises to make Prosper his shield-bearer when he comes of age. Two years later, three hundred princes are summoned to the king's fortress at Dyn Eidin, where they will prepare to fight the Saxon forces which are gaining strength in the east. Prosper, with Conn, his bondservant, leaves his father's lands to join Gorthyn in the rigorous training for battle. With the coming of spring, word reaches the Three Hundred Companions that the Saxon leader has taken yet another kingdom. They set out at once for the Saxon stronghold of Catraeth, where Prosper must face the greatest challenges of his life. Adventure and heroism against impossible odds create a moving, robust tale set in Britain in the eighth century and based on actual events.