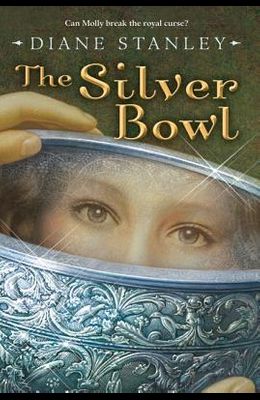 Book #1 in the Silver Bowl Series
by
Diane Stanley

From the age of seven, when she became scullery maid in a castle, Molly has seen visions of the future which, years later, lead her and friend Tobias on an adventure to keep Alaric, the heir to the throne, safe from a curse.

From the Back Cover Unwanted at home, Molly becomes a humble scullery maid for the King of Westria. She arrives at the castle with no education, no manners, and a very disturbing secret: She sees visions that always come true. In time, Molly begins polishing the castle's fine silver pieces, which include one priceless royal treasure: the king's great ceremonial hand basin. But whenever she touches it, the silver warms beneath her fingers and the bowl's designs swirl into a vision that only she can see. A dreaded curse has befallen each generation of the royal family--and now it threatens the handsome Prince Alaric. Together with her friends Tobias and Winifred, Molly must protect the prince and destroy the curse. Could a less likely champion be found to save the Kingdom of Westria?