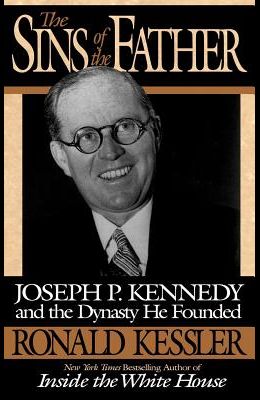 The Sins of the Father: Joseph P. Kennedy and the Dynasty He Founded

This first serious volume to focus exclusively on Joseph Patrick Kennedy in 30 years details both Kennedy's enormous accomplishments and the terrible personal losses he suffered. Kessler offers stunning new insights into Kennedy's sex life, the horrifying, real story of his daughter Rosemary's illness, the depth of his anti-Semitism and ties to the Nazis, his full relationship with the Catholic Church, and more. of photos.

From the Back Cover The Sins of the Father is the definitive new biography of Joseph P. Kennedy. Based on extensive research and interviews with Kennedy family members and their intimates speaking on the record for the first time, it offers an outstanding personal history - and provides shocking revelations about one of the most influential figures of our time. To the mythmakers of his day, Joseph P. Kennedy, like his glamorous and doomed presidential son Jack, led a charmed existence. He was celebrated as the son of an East Boston saloonkeeper who rose to become one of the richest men in the country. He served as the wartime ambassador to Great Britain, the chairman of the United States Securities and Exchange Commission, and the chairman of the United States Maritime Commission. He was also a major legitimate liquor distributor, a moviemaker in Hollywood, and a master manipulator of the stock market. Yet his fortune, estimated at $100 million, traced its beginnings to his career as a bootlegger in partnership with organized crime during the Prohibition era. Even more disturbing, he was a documented anti-Semite and an appeaser of Adolf Hitler. The beaming family portraits and admiring newsmagazine prose never portrayed any of his many mistresses - or hinted at his seemingly unlimited corruption and duplicity.

List of All Editions of The Sins of the Father: Joseph P. Kennedy and the Dynasty He Founded