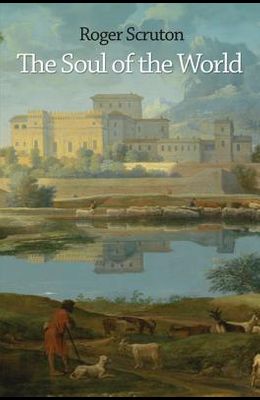 The Soul of the World

A compelling defense of the sacred by one of today's leading philosophers In The Soul of the World , renowned philosopher Roger Scruton defends the experience of the sacred against today's fashionable forms of atheism. He argues that our personal relationships, moral intuitions, and aesthetic judgments hint at a transcendent dimension that cannot be understood through the lens of science alone. To be fully alive--and to understand what we are--is to acknowledge the reality of sacred things. Rather than an argument for the existence of God, or a defense of the truth of religion, the book is an extended reflection on why a sense of the sacred is essential to human life--and what the final loss of the sacred would mean. In short, the book addresses the most important question of modernity: what is left of our aspirations after science has delivered its verdict about what we are? Drawing on art, architecture, music, and literature, Scruton suggests that the highest forms of human experience and expression tell the story of our religious need, and of our quest for the being who might answer it, and that this search for the sacred endows the world with a soul. Evolution cannot explain our conception of the sacred; neuroscience is irrelevant to our interpersonal relationships, which provide a model for our posture toward God; and scientific understanding has nothing to say about the experience of beauty, which provides a God's-eye perspective on reality. Ultimately, a world without the sacred would be a completely different world--one in which we humans are not truly at home. Yet despite the shrinking place for the sacred in today's world, Scruton says, the paths to transcendence remain open.

From the Back Cover Its passion, imagination, and sensitivity to all aspects of our world mean that this is a book that can be enjoyed by humanists as much as by those who identify themselves as religious. Scruton's God is embedded in the human world, including our art, architecture, music, and literature to which he is such a fascinating guide, which is the right place for gods to be. --Simon Blackburn, author of Think and Mirror, Mirror This is a wonderful and in many places beautiful work; closely argued, though best read not as an argument but as a genuine 'turning for home' on the part of a learned and deeply thoughtful man, who offers us hard-won insights as he fixes his gaze on our final end. --Mark Johnston, Princeton University This is a rich and highly sensitive book, which engages the reader on many levels, and which approaches religion not doctrinally, but via the full range of human sensibility, especially moral and aesthetic, and our capacities for seeing the world not just in terms of impersonal scientific structures, but in deeply personal terms. Finely written and argued, the book is philosophically sophisticated yet accessible. --John Cottingham, Heythrop College London and University of Reading