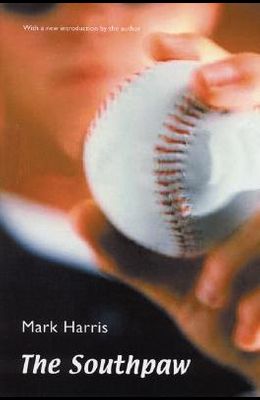 Book #1 in the Henry Wiggen Series
by
Mark Harris

The Southpaw is a story about coming of age in America by way of the baseball diamond. Lefthander Henry Wiggen, six feet three, a hundred ninety-five pounds, and the greatest pitcher going, grows to manhood in a right-handed world. From his small-town beginnings to the top of the game, Henry finds out how hard it is to please his coach, his girl, and the sports page-and himself, too-all at once. Written in Henry's own words, this exuberant, funny novel follows his eccentric course from bush league to the World Series. Although Mark Harris loves and writes tellingly about the pleasures of baseball, his primary subject has always been the human condition and the shifts of mortal men and women as they try to understand and survive what life has dealt them. This new Bison Books edition celebrates the fiftieth anniversary of the publication of The Southpaw. In his introduction to this edition, Mark Harris discusses the genesis of the novel in his own life experience. Also available in Bison Books editions are The Southpaw, It Looked Like For Ever, and A Ticket for a Seamstitch, the other three volumes in the Henry Wiggen series. Mark Harris (1922-2007) is the author of a famous quartet of baseball novels-including It Looked Like Forever-as well as Something about a Soldier, Speed, and The Talemaker. All are available as Bison Books.