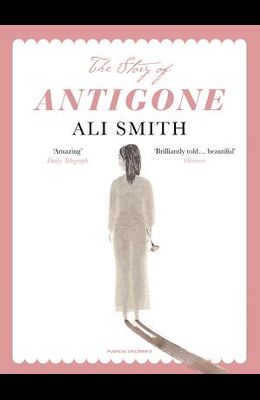 The Story of Antigone

Now there's a girl who understands things, the crow thought. When two brothers, Eteocles and Polynices, die in a vicious battle over the crown of Thebes, the new ruler, King Creon, decides that Eteocles will be buried as a hero, while Polynices will be left outside as a feast for the dogs and crows. But the young Antigone, daughter of Oedipus, will defy the cruel tyrant and attempt to give her brother the burial he deserves. This simple act of love and bravery will set in motion a terrible course of events that will reverberate across the entire kingdom... Dave Eggers says, of the series: I couldn't be prouder to be a part of it. Ever since Alessandro conceived this idea I thought it was brilliant. The editions that they've complied have been lushly illustrated and elegantly designed.

Save the Story Series In Order - By Ali Smith