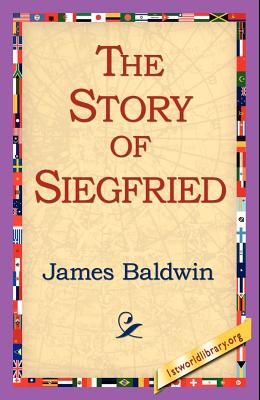 The Story of Siegfried

by
James Baldwin and stworld Library

Purchase one of 1st World Library's Classic Books and help support our free internet library of downloadable eBooks. Visit us online at www.1stWorldLibrary.ORG - - When the world was in its childhood, men looked upon the works of Nature with a strange kind of awe. They fancied that every thing upon the earth, in the air, or in the water, had a life like their own, and that every sight which they saw, and every sound which they heard, was caused by some intelligent being. All men were poets, so far as their ideas and their modes of expression were concerned, although it is not likely that any of them wrote poetry. This was true in regard to the Saxon in his chilly northern home, as well as to the Greek in the sunny southland. But, while the balmy air and clear sky of the south tended to refine men's thoughts and language, the rugged scenery and bleak storms of the north made them uncouth, bold, and energetic. Yet both the cultured Greek and the rude Saxon looked upon Nature with much the same eyes, and there was a strange resemblance in their manner of thinking and speaking. They saw, that, in all the phenomena which took place around them, there was a certain system or regularity, as if these were controlled by some law or by some superior being; and they sought, in their simple poetical way, to account for these appearances. They had not yet learned to measure the distances of the stars, nor to calculate the motions of the earth. The changing of the seasons was a mystery which they scarcely sought to penetrate. But they spoke of these occurrences in a variety of ways, and invented many charming, stories with reference to them, not so much with a view towards accounting for the mystery, as towards giving expression to their childlike but picturesque ideas.