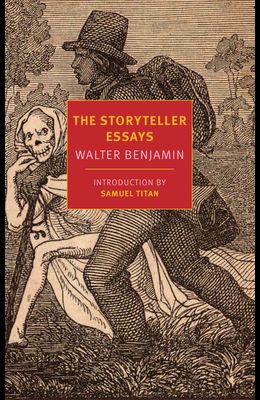 by
Walter Benjamin and Samuel Titan and Tess Lewis

A new translation of philosopher Walter Benjamin's work as it pertains to his famous essay, The Storyteller, this collection includes short stories, book reviews, parables, and as a selection of writings by other authors who had an influence on Benjamin's work. The Storyteller is one of Walter Benjamin's most important essays, a beautiful and suggestive meditation on the relation between narrative form, social life, and individual existence--and the product of at least a decade's work. What might be called the story of The Storyteller Essays starts in 1926, with a piece Benjamin wrote about the German romantic Johann Peter Hebel. It continues in a series of short essays, book reviews, short stories, parables, and even radio shows for children. This collection brings them all together to give readers a new appreciation of how Benjamin's thinking changed and ripened over time, while including several key readings of his own--texts by his contemporaries Ernst Bloch and Georg Luk cs; by Paul Val ry; and by Herodotus and Montaigne. Finally, to bring things around, there are three short stories by the incomparable Hebel with whom the whole intellectual adventure began.