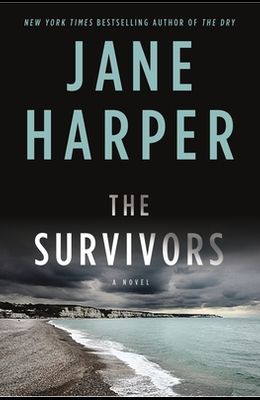 Coming home dredges up deeply buried secrets in The Survivors , a thrilling mystery by New York Times bestselling author Jane Harper Kieran Elliott's life changed forever on a single day when a reckless mistake led to devastating consequences. The guilt that still haunts him resurfaces during a visit with his young family to the small coastal town he once called home. Twelve years earlier the storm of the century claimed the lives of Kieran's brother and his friend. There was also a third casualty that day, a teenage girl, last spotted on the sand as the weather rolled in, then never seen again. Kieran has barely arrived back in town after a long absence when a body washes up on the nearby beach. As the murder investigation proceeds, Kieran learns that he may not know everything about the day of the fateful storm. And he has never told the full truth, either. When secrets are revealed and mysteries uncovered, Kieran draws closer to figuring out what really happened - and knowing may change everything. Stunning and atmospheric, Jane Harper's new book is another triumph by the acclaimed author of The Dry and The Lost Man .