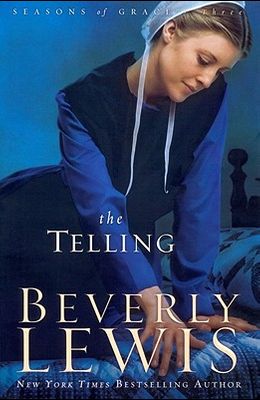 Book #3 in the Seasons of Grace Series
by
Beverly Lewis

Lettie Byler continues her private quest to find the missing piece of her life. As clues take her from state to state, Lettie is increasingly torn between the family she has left behind and the yearning for her long-lost child.

From the Back Cover The anticipation of a homecoming, a chance to set things right... Yet will the telling cause further pain? Accompanied by her new English friend, Grace Byler has left Bird-in-Hand to search for her mother in Ohio. But what if Lettie refuses to be found? Meanwhile, Lettie continues her private quest to find the missing piece of her life, though she is increasingly torn between the family she left behind and yearning for her long-lost child. Will mother and daughter find the answers they seek? The Powerful Series Conclusion From New York Times Best-Selling Author Beverly Lewis
From the front Cover BEVERLY LEWIS, born in the heart of Pennsylvania Dutch country, is The New York Times bestselling author of more than eighty books. Her stories have been published in nine languages worldwide. A keen interest in her mother's Plain heritage has inspired Beverly to write many Amish-related novels, beginning with The Shunning, which has sold more than one million copies. The Brethren was honored with a 2007 Christy Award. Beverly lives with her husband, David, in Colorado.

Seasons of Grace Series In Order - By Beverly Lewis