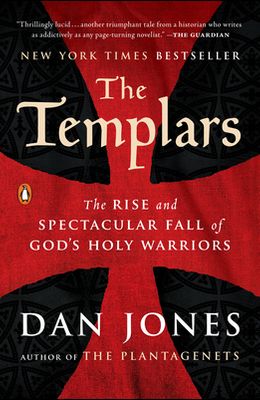 The Templars: The Rise and Spectacular Fall of God's Holy Warriors

An instant New York Times bestseller, from the author of Crusaders , that finally tells the real story of the Knights Templar--Seldom does one find serious scholarship so easy to read. ( The Times , Book of the Year) A faltering war in the middle east. A band of elite warriors determined to fight to the death to protect Christianity's holiest sites. A global financial network unaccountable to any government. A sinister plot founded on a web of lies... In 1119, a small band of knights seeking a purpose in the violent aftermath of the First Crusade set up a new religious order in Jerusalem, which was now in Christian hands. These were the first Knights Templar, elite warriors who swore vows of poverty and chastity and promised to protect Christian pilgrims to the Holy Land. Over the next 200 years, the Templars would become the most powerful network of the medieval world, speerheading the crusades, pionerring new forms of finance and warfare and deciding the fate of kings. Then, on October 13, 1307, hundreds of brothers were arrested, imprisoned and tortured and the order was disbanded among lurid accusations of sexual misconduct and heresy. But were they heretics or victims of a ruthlessly repressive state? Dan Jones goes back to the sources to bring their dramatic tale, so relevant to our own times, to life in a book that is at once authoritative and compulsively readable.

Books similiar to The Templars: The Rise and Spectacular Fall of God's Holy Warriors

List of All Editions of The Templars: The Rise and Spectacular Fall of God's Holy Warriors