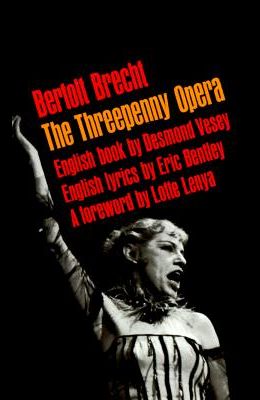 by
Bertolt Brecht and Desmond Vesey

Based on John Gay's eighteenth century Beggar's Opera, The Threepenny Opera, first staged in 1928 at the Theater am Schiffbauerdamm in Berlin, is a vicious satire on the bourgeois capitalist society of the Weimar Republic, but set in a mock-Victorian Soho. With Kurt Weill's unforgettable music - one of the earliest and most successful attempts to introduce jazz to the theatre - it became a popular hit throughout the western world. Published in Methuen Drama's Modern Classics series, this edition features extensive notes and commentary including an introduction to the play, Brecht's own notes on the play, a full appendix of textual variants, a note by composer Kurt Weill, a transcript of a discussion about the play between Brecht and a theatre director, plus editorial notes on the genesis of the play.