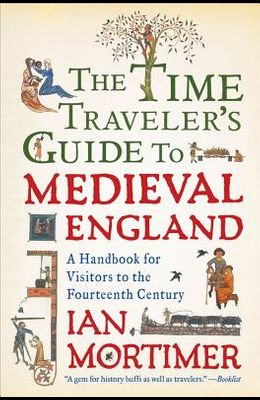 The Time Traveler's Guide to Medieval England: A Handbook for Visitors to the Fourteenth Century

Now in paperback, a literary time machine that takes readers into the sights, smells, and tastes of the fourteenth century--a book that is revolutionary in its concept and startling in its portrayal of humanity. The past is a foreign country. This is your guidebook. A time machine has just transported you back into the fourteenth century. What do you see? How do you dress? How do you earn a living and how much are you paid? What sort of food will you be offered by a peasant or a monk or a lord? And more important, where will you stay? The Time Traveler's Guide to Medieval England is not your typical look at a historical period. This radical new approach shows us that the past is not just something to be studied; it is also something to be lived. Through the use of daily chronicles, letters, household accounts, and poems of the day, Mortimer transports you back in time, providing answers to questions typically ignored by traditional historians. You will learn how to greet people on the street, what to use as toilet paper, why a physician might want to taste your blood, and how to know whether you are coming down with leprosy. The result is the most astonishing social history book you're ever likely to read: revolutionary in its concept, informative and entertaining in its detail, and startling for its portrayal of humanity in an age of violence, exuberance, and fear.

Books similiar to The Time Traveler's Guide to Medieval England: A Handbook for Visitors to the Fourteenth Century

List of All Editions of The Time Traveler's Guide to Medieval England: A Handbook for Visitors to the Fourteenth Century