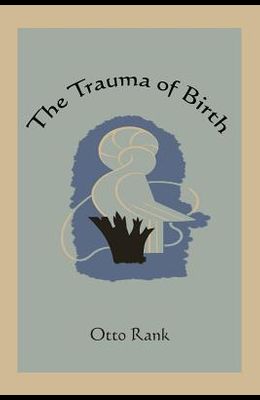 The Trauma of Birth

2010 Reprint of 1952 Edition. First published in 1924, Otto Rank's The Trauma of Birth took as its starting point a note that Freud added to his The Interpretation of Dreams: Moreover, the act of birth is the first experience of anxiety, and thus the source and prototype of the affect of anxiety. Rank set out to identify the ultimate biological basis of the psychical, the very nucleus of the unconscious (p. xxiii). For him this was the physical event of birth, whereby the infant passes from a state of perfectly contented union with the mother to a state of parlous separation via an oppressive experience of asphyxiation, constriction, confinement in the vaginal canal, and so on-all feelings recognizable in anxiety states of every kind. It was the struggle against this traumatic experience of birth, in Rank's account, that structured the fantasy life of the child, including the disavowal of the difference between the sexes, infantile sexual theories, and oedipal scenarios. Castration anxiety was a defensive derivative of the anxiety associated with the birth trauma.