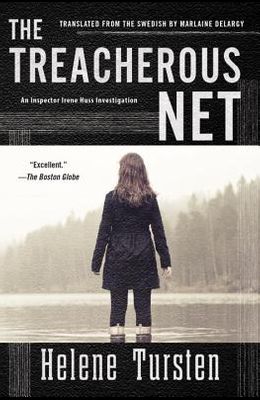 It's May and the snow has hardly melted in G teborg, Sweden, but things are heating up quickly for Detective Inspector Irene Huss in the Violent Crimes Unit. The body of a teenage girl is found in the woods, naked and horrifically scarred. Then there's the mummified body that is discovered bricked up in a chimney on a demolition site, not to mention the city's ongoing problem with gang violence. With the sudden influx of cases and one detective out on maternity leave, everyone is stretched thin. To make matters worse, Irene feels more than a little intimidated by the new superintendent, Efva Thylqvist, who uses her sex appeal and smooth talking to bend the predominately male staff to her will. Then a second young girl is found, wearing what appears to be the other half of the sexy lingerie set recovered near the first body. Fearing the two cases are linked and that the killer may strike again, Irene and her colleagues embark on a desperate hunt that takes them deep into a shadowy world of anonymous online predators and insecure teenage girls on a deadly quest for affirmation.