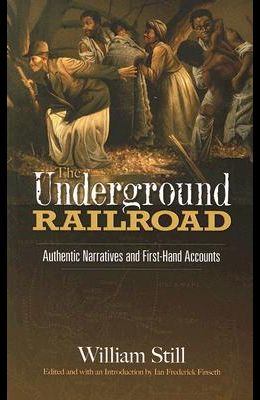 In the winter of 1852, a group of Philadelphia abolitionists dedicated to assisting runaway slaves in their flight to freedom formed a new assistance group to be part of the Underground Railroadthe General Vigilance Committee. William Still, himself a son of slaves, was named its secretary and executive director. Deeply moved by the stories of the fugitive slaves he helped conduct northward, Still took his committee record-keeping to a higher level. He wrote down, in eloquent narrative form, every detail of theirstirring, often heartbreakinghistories. Second only to the great Harriet Tubman in the number offreedom-seeking passengers he conducted through the Underground Railroad, Still let the words of former slaves speak for themselves. In his journals, he painstakingly reproduced vivid accounts he heard from their very lips. And headded excerpts from letters, newspapers, and legal documents to the already arresting biographical sketches, creating unforgettable portraits of the slaves' deadly struggles, brutal hardships, and narrow escapes. When the Civil War ended and slavery was abolished, William Still published his journals as The Underground Railroad . It is considered the most complete firsthand account ever written of the men, women, and children who rode the legendary Railroad to freedom. This edition includes a new Introduction and 20 illustrations from the original publication.