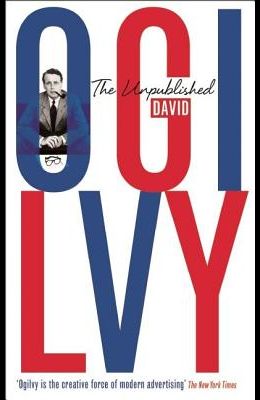 First collected by his devoted family and colleagues as a 75th birthday present, The Unpublished David Ogilvy collects a career's worth of public and private communications - memos, letters, speeches, notes and interviews - from the 'Father of Advertising' and founder of Ogilvy & Mather. Still fizzing with energy and freshness more than 25 years after it was first published, its success outside the private circle of friends and colleagues it was created for was, in the words of one of its editors: 'because so often he spoke out on important matters long before the crowd caught up to him; because all of what he says, he says so well; because so little of what he says in the book had ever before appeared in print'. It includes The Theory and Practice of Selling the AGA Cooker , described by Fortune magazine as 'the finest sales instruction manual ever written', and an interview in which he makes disclosures that even long-standing associates had never heard before. This is a business book unlike any other: a straightforward and incisive look at subjects such as salesmanship, management and creativity, presented in his trademark crisp prose. Whether carefully prepared for a lecture or as a private joke to a friend, his writing always underlines the importance of the rule, 'it pays an agency to be imaginative and unorthodox'.

List of All Editions of The Unpublished David Ogilvy