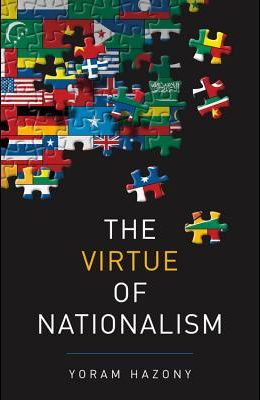 The Virtue of Nationalism

A leading conservative thinker argues that a nationalist order is the only realistic safeguard of liberty in the world today Nationalism is the issue of our age. From Donald Trump's America First politics to Brexit to the rise of the right in Europe, events have forced a crucial debate: Should we fight for international government? Or should the world's nations keep their independence and self-determination? In The Virtue of Nationalism , Yoram Hazony contends that a world of sovereign nations is the only option for those who care about personal and collective freedom. He recounts how, beginning in the sixteenth century, English, Dutch, and American Protestants revived the Old Testament's love of national independence, and shows how their vision eventually brought freedom to peoples from Poland to India, Israel to Ethiopia. It is this tradition we must restore, he argues, if we want to limit conflict and hate -- and allow human difference and innovation to flourish.

List of All Editions of The Virtue of Nationalism