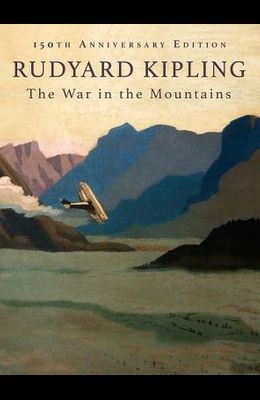 The War in the Mountains

Considered by many to be the most popular British writer of the early twentieth century, Rudyard Kipling has left an enduring legacy in the hearts, culture, and history of English literature. He was awarded the Nobel Prize for literature in 1907, and the power of his writing has emanated to this very day. What many people aren't aware of, however, is just how extensive his journalistic writings were during his lifetime. Published to coincide with the 150th anniversary of Kipling's birth, these beautifully packaged cloth editions of his original articles and reports will fascinate fans of Kipling or anyone with an interest in military history or wartime daily life. The War in the Mountains brings together Kipling's articles describing the Italian war effort during the First World War. Written at the invitation of British Ambassador Sir Rennell Rodd, who was concerned about the lack of understanding in England about the true scale and cost of the Italian war effort, Kipling's recollections of his experience were published in The Daily Telegraph and the New York Tribune.

Books similiar to The War in the Mountains

List of All Editions of The War in the Mountains