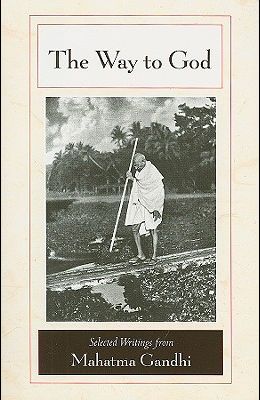 The Way to God: Selected Writings from Mahatma Gandhi

Mahatma Gandhi became famous as the leader of the Indian independence movement, but he called himself a man of God disguised as a politician. The Way to God demonstrates his enduring significance as a spiritual leader whose ideas offer insight and solace to seekers of every practice and persuasion. Collecting many of his most significant writings, the book explores the deep religious roots of Gandhi's worldly accomplishments and reveals--in his own words--his intellectual, moral, and spiritual approaches to the divine. First published in India in 1971, the book is based on Gandhi's lifetime experiments with truth and reveals the heart of his teachings. Gandhi's aphoristic power, his ability to sum up complex ideas in a few authoritative strokes, shines through these pages. Individual chapters cover such topics as moral discipline, spiritual practice, spiritual experience, and much more. Gandhi's guiding principles of selflessness, humility, service, active yet nonviolent resistance, and vegetarianism make his writings as timely today as when these writings first appeared. A foreword by Gandhi's grandson Arun and an introduction by Michael Nagler add useful context.

Books similiar to The Way to God: Selected Writings from Mahatma Gandhi

List of All Editions of The Way to God: Selected Writings from Mahatma Gandhi