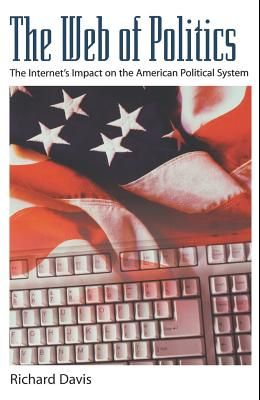 The Web of Politics: The Internet's Impact on the American Political System

Is the Internet destined to upset traditional political power in the United States? This book answers with an emphatic no. Author Richard Davis shows how current political players including candidates, public officials, and the media are adapting to the Internet and assuring that this new medium benefits them in their struggle for power. In doing so he examines the current function of the Internet in democratic politics--educating citizens, conducting electoral campaigns, gauging public opinion, and achieving policy resolution-- and the roles of current political actors in those functions. Davis's unconventional prediction concerning the Internet's impact on American politics warrants a closer look by anyone interested in learning how this new communication medium will affect us politically.