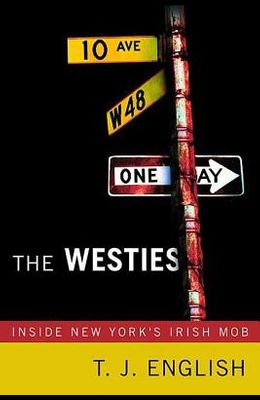 In the tradition of The Godfather, The Westies is a powerful tale spanning 60 years. A gang of Irish-Americans, the Westies patrolled Manhattan's West Side throughout the '60s, '70s, and '80s. They ruled the tough blue-collar neighborhood of Hell's Kitchen, where bodies were known to literally fall from the sky.

From the Back Cover WHO WERE THE WESTIES? THE MOST SAVAGE ORGANIZATION IN THE LONG HISTORY OF NEW YORK STREET GANGS. --Rudolph Giuliani VIOLENT PSYCHOPATHS. -- New York Newsday SOME VERY BAD BOYS. -- New York magazine Even among the Mob, the Westies were feared. Starting with a partnership between two sadistic thugs, Jimmy Coonan and Mickey Featherstone, the gang rose out of the inferno of Hell's Kitchen, a decaying tenderloin slice of New York City's West Side. They became the most notorious gang in the history of organized crime, excelling in extortion, numbers running, loan sharking, and drug peddling. Upping the ante on depravity, their specialty was execution by dismemberment. Though never numbering more than a dozen members, their reign lasted for almost twenty years--until their own violent natures got the best of them, precipitating a downfall that would become as infamous as their notorious ascension into the annals of crime. Must reading...will shock even the most hardened readers. -- Playboy