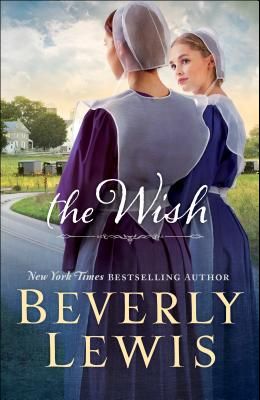 A Compelling Story of Friendship from the Top Author in Amish Fiction Leona Speicher got the sister she'd always dreamed of the day Gloria Gingerich and her family moved to Lancaster County Amish farmland. The Arkansas newcomers seem to be everything a devout Plain family should be, and Leona can't help comparing Gloria's engaging young parents to her own. Leona's cousin shows a romantic interest in Gloria around the same time as Gloria's older brother expresses his fondness for Leona--it seems likely the two young women will marry into each other's families, remaining close friends for life. Thus, Leona is shocked when the Gingeriches suddenly pack up and disappear after being expelled from the church for reasons no one will discuss. Despite Leona's pleas, Gloria goes with them, leaving more than one broken heart behind. When Gloria unexpectedly contacts Leona after a silence of several years, Leona makes up her mind to persuade her friend to return to Lancaster County and the Amish ways. Leona's fianc , the deacon's son, is alarmed when Leona decides to go after Gloria. Will Leona's dearest wish lead to her own undoing?

From the Back Cover You really think this is a gut idea, goin' clear out there, spendin' time with folk who've left the People? Leona wondered if she was getting the carriage before the horse. Even so, she was willing to do whatever she could to bring Gloria back home--where she belonged. Leona Speicher got the sister she always dreamed of the day Gloria Gingerich and her family moved to Lancaster County. The Arkansas newcomers seem to be the answer to Leona's prayers--until Gloria's father is expelled from their Old Order Amish church for reasons no one will discuss. Much to Leona's dismay, the Gingeriches suddenly pack up and disappear. Then, after a silence of several years, Gloria unexpectedly contacts Leona, who makes up her mind to go after her friend. Yet Leona's fiancé--the deacon's son--is alarmed. Will Leona's dearest wish lead to her own undoing? The girls mature in lessons of love, friendship, faith, and even unanswered prayers, providing thought-provoking insights through a simple Amish story of friendship and abiding devotion. With graceful style and attention to detail, Lewis once again crafts an easy read for first-timers and a certain favorite for her faithful fans. -- Publishers Weekly Lewis has another winner with her latest story. Gloria's struggles are realistic and universal. The flawed characters are authentic and strongly developed, and they deftly depict handling circumstances beyond one's control. Lewis' characters remind the reader that the past does not need to define them. The easy flow makes for an enjoyable tale. -- RT Book Reviews