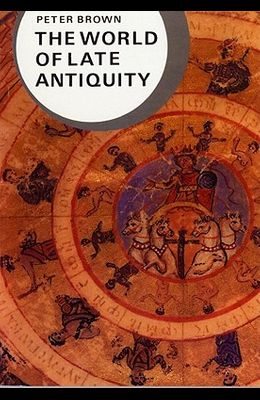 The World of Late Antiquity

by
Peter Brown and Geoffrey Barraclough

These centuries, as the author demonstrates, were the era in which the most deeply rooted of ancient institutions disappeared for all time. By 476 the Roman empire had vanished from western Europe; by 655 the Persian empire had vanished from the Near East. Mr. Brown, Professor of History at Princeton University, examines these changes and men's reactions to them, but his account shows that the period was also one of outstanding new beginnings and defines the far-reaching impact both of Christianity on Europe and of Islam on the Near East. The result is a lucid answer to a crucial question in world history; how the exceptionally homogeneous Mediterranean world of c. 200 A.D. became divided into the three mutually estranged societies of the Middle Ages: Catholic Western Europe, Byzantium, and Islam. We still live with the results of these contrasts.