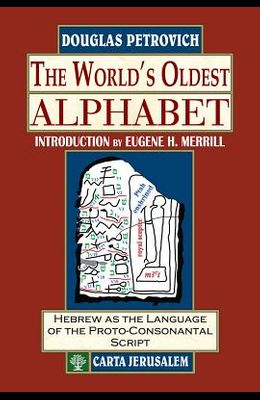 For close to 150 years, scholars have attempted to identify the language of the world's oldest alphabetic script and to translate the inscriptions that use it, which were found in the Sinai Peninsula and date from 1842 to 1446 BCE. Until now, scholars have accomplished little more than identifying most of the pictographic letters and translating a few of the Semitic words. In The World's Oldest Alphabet , however, Douglas Petrovich presents a thorough, detailed defense of his bold new claims concerning these writings. Petrovich claims to have resolved all of the disputed letters and to have identified the language as Hebrew, which allows him to translate all of the inscriptions. Furthermore, he argues that they explicitly name three biblical figures and greatly illuminate the earliest Israelite history in a way that nothing else has, apart from the Bible.