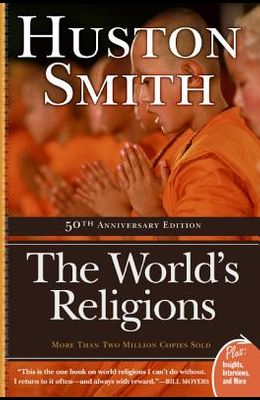 Originally titled The Religions of Man, this completely revised and updatededition of Smith's seminal work explores the essential elements and teachingsof the world's predominant faiths.

From the Back Cover Huston Smith's masterpiece explores the essential elements and teachings of the world's predominant faiths, including Hinduism, Buddhism, Confucianism, Taoism, Judaism, Christianity, Islam, and the native traditions of Australia, Africa, Oceania, and the Americas. Emphasizing the inner--rather than the institutional--dimension of these religions, Smith devotes special attention to Zen and Tibetan Buddhism, Sufism, and the teachings of Jesus. He convincingly conveys the unique appeal and gifts of each of the traditions and reveals their hold on the human heart and imagination.

Books similiar to The World's Religions