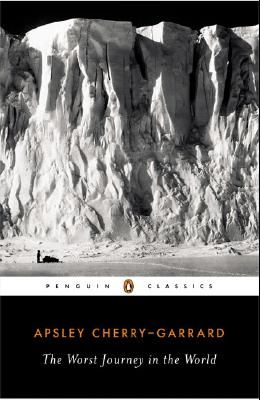 The Worst Journey in the World

by
Apsley CherryGarrard and Caroline Alexander

A firsthand account of Scott's disastrous Antarctic expedition The Worst Journey in the World recounts Robert Falcon Scott's ill-fated expedition to the South Pole. Apsley Cherry-Garrard--the youngest member of Scott's team and one of three men to make and survive the notorious Winter Journey--draws on his firsthand experiences as well as the diaries of his compatriots to create a stirring and detailed account of Scott's legendary expedition. Cherry himself would be among the search party that discovered the corpses of Scott and his men, who had long since perished from starvation and brutal cold. It is through Cherry's insightful narrative and keen descriptions that Scott and the other members of the expedition are fully memorialized. For more than seventy years, Penguin has been the leading publisher of classic literature in the English-speaking world. With more than 1,700 titles, Penguin Classics represents a global bookshelf of the best works throughout history and across genres and disciplines. Readers trust the series to provide authoritative texts enhanced by introductions and notes by distinguished scholars and contemporary authors, as well as up-to-date translations by award-winning translators.

From the front Cover Perhaps the greatest first-hand account of polar exploration. In his introduction to the harrowing story of the Scott expedition to the South Pole, Apsley Cherry-Garrard states that Polar Exploration is at once the cleanest and most isolated way of having a bad time which has been devised. This is his gripping account of an expedition gone disastrously wrong. One of the youngest members of Scott's team, the author was later part of the rescue party that eventually found the frozen bodies of Scott and three men who had accompanied him on the final push to the Pole. Prior to this sad denouement, Cherry-Garrard's account is filled with details of scientific discovery and anecdotes of human resilience in a harsh environment, supported by diary excerpts and accounts from other explorers. Summing up the reasons for writing the book, Cherry-Garrard says: To me, and perhaps to you, the interest in this story is the men, and it is the spirit of the men, the response of the spirit, which is interesting rather than what they did or failed to do: except in a superficial sense, they never failed... It is a story about human minds with all kinds of ideas and questions involved, which stretch beyond the furthest horizons.