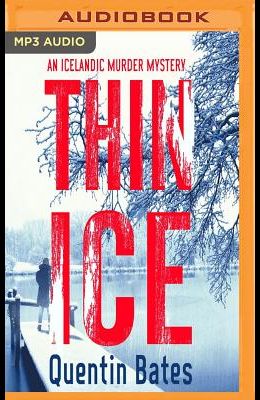 Snowed in with a couple of psychopaths for the winter.... When two small-time crooks rob Reykjavik's premier drugs dealer, hoping for a quick escape to the sun, their plans start to unravel after their getaway driver fails to show. Tensions mount between the pair and the two women they have grabbed as hostages when they find themselves holed up upcountry in an isolated hotel that has been mothballed for the season. Back in the capital, Gunnhildur, Eirikur and Helgi find themselves at a dead end investigating what appears to be the unrelated disappearance of a mother, her daughter and their car during a day's shopping and the death of a thief in a house fire. Gunna and her team are faced with a set of riddles, but as more people are quizzed it begins to emerge that all these unrelated incidents are in fact linked. And at the same time, two increasingly desperate lowlifes have no choice but to make some big decisions on how to get rid of their accidental hostages.... Quentin Bates was born in England and, through a series of coincidences, found himself working in Iceland for his gap year. One year turned into ten, plus a wife and children. After 10 years writing on the sea and a move back to the UK, Quentin took to dry land and began work as a nautical journalist and editor of a commercial fishing magazine. He lives in Hampshire with his wife and three children. The Gunnhildur Gisladottir series was born through the author's own inside knowledge of Iceland and its society along with exploring the world of crime.