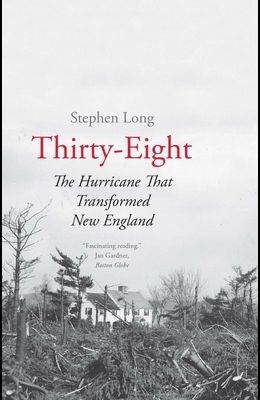 A groundbreaking account of the cataclysmic hurricane of 1938 and its devastating impact on New England's inland forests The hurricane that pummeled the northeastern United States on September 21, 1938, was New England's most damaging weather event ever. To call it New England's Katrina might be to understate its power. Without warning, the storm plowed into Long Island and New England, killing hundreds of people and destroying roads, bridges, dams, and buildings that stood in its path. Not yet spent, the hurricane then raced inland, maintaining high winds into Vermont and New Hampshire and uprooting millions of acres of forest. This book is the first to investigate how the hurricane of '38 transformed New England, bringing about social and ecological changes that can still be observed these many decades later. The hurricane's impact was erratic--some swaths of forest were destroyed while others nearby remained unscathed; some stricken forests retain their prehurricane character, others have been transformed. Stephen Long explores these contradictions, drawing on survivors' vivid memories of the storm and its aftermath and on his own familiarity with New England's forests, where he discovers clues to the storm's legacies even now. Thirty-Eight is a gripping story of a singularly destructive hurricane. It also provides important and insightful information on how best to prepare for the inevitable next great storm.