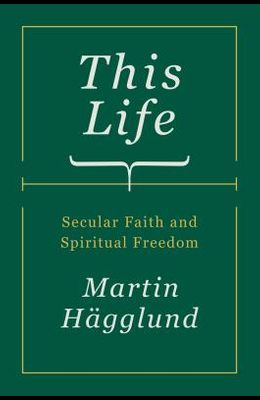 A profound, original, and accessible book that argues that a faith not in God or eternal life, but in the finite, temporal life we lead here on earth is one that gives that life far greater depth of meaning. A manifesto for a truly secular faith that speaks eloquently to both believers and agnostics alike. The philosopher and critic Martin Hagglund believes that we need a new way of thinking about faith. In contrast to the traditional religious faith in eternity, he proposes a secular faith in the value of living in time. He argues that the concept of an eternal heaven actually renders our mortal life meaningless since it assumes that our ultimate aims should be to escape it. Engaging writers and thinkers as diverse as C. S. Lewis, Kierkegaard, St. Augustine, Nietzsche, Martin Luther, and even Karl Ove Knausgaard, Hagglund provides not only a critique of religious ideals, but also a positive, alternative understanding of the beliefs and values that can motivate us to live lives of meaning in the here and now.