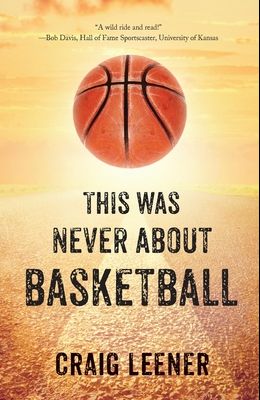 This Was Never About Basketball

by
Craig Leener and Judy Gitenstein and Marco Pavia

In this coming-of-age novel, seventeen-year-old high school basketball star Ezekiel Zeke Archer has it all: a sweet jump shot, a full-ride scholarship to a Midwestern basketball powerhouse, and the brightest future. But when Zeke's temper gets the better of him in the city championship, he is expelled from school, has to forfeit his scholarship, and is left to ponder his once-hopeful future... While finishing his final high school days in the California educational system's version of purgatory, Zeke makes a stunning discovery. With the help of a young autistic classmate Zeke befriends, he learns that the mysterious 7th Dimension, which brought basketball to Earth more than a century ago, has decided to take the game away for good -- all because of the ugly event Zeke set into motion in his final game As he embarks on the ultimate cross-country road trip to save basketball, Zeke must confront his unsettled past -- including a father he's not heard from in years and a brother fighting in a war half a world away -- in order to set his life on the right path and rescue the game he loves.