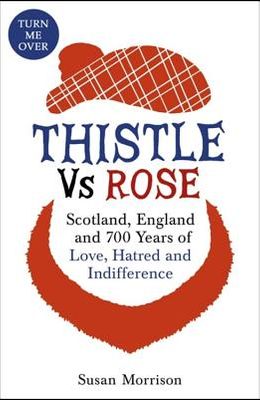 'Ask a Scotsman for directions and he'll tell you which way to go. Ask an Englishman and he'll try to sell you a map.' Anon 'Oats. A grain, which in England is generally given to horses, but in Scotland supports the people. ' Samuel Johnson It's 700 years since the Scots and English went head-to-head at the Battle of Bannockburn... and we've been winding each other up ever since. Has there ever been a better time to celebrate seven centuries of love, hatred and indifference? Susan Morrison and Albert Jack offer the view from each side of the border in this hilarious miscellany of Anglo-Scots rivalry, featuring quotes, stories and trivia from Stephen Fry, Bill Bryson, Jimmy Carr, Robert Burns, Billy Connolly, Frankie Boyle, Robert Louis Stevenson, Samuel Johnson and many, many others.