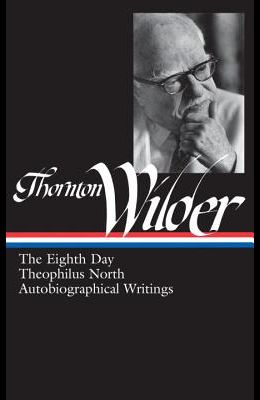 The best thing he ever wrote, observed Edmund Wilson of Thornton Wilder's National Book Award winner The Eighth Day (1967), an enthralling novel that shows Wilder revisiting the small-town America of Our Town to fashion a philosophical whodunit. A wrongful conviction for murder and a daring rescue lead to a meditation on justice, destiny, and the impassioned will, for which nothing is impossible. Wilder's last novel, the semi-autobiographical Theophilus North (1973), is an affectionate portrait of Newport, Rhode Island, in the 1920s and a playful, valedictory glance at Wilder's young manhood. Completing this volume are three never-before- published reminiscences taken from an unfinished autobiography in which Wilder engagingly recalls his childhood stay at a boarding school in China, his time as an undergraduate at Yale, and the uneasy experience of visiting Salzburg not long before Austria was annexed by the Nazis.