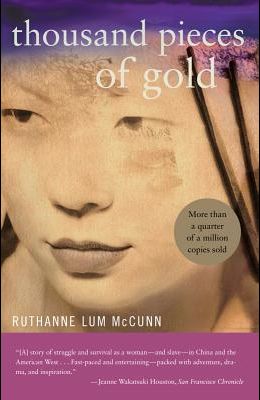 Lalu Nathoy's father calls his thirteen-year-old daughter his treasure, his thousand pieces of gold, yet when famine strikes northern China in 1871, he is forced to sell her. Polly, as Lalu is later called, is sold to a brothel, sold again to a slave merchant bound for America, auctioned to a saloon keeper, and offered as a prize in a poker game. Complete with photographs and documents, this biographical novel is the extraordinary story of a legendary pioneer's fight for independence and dignity on the American frontier.