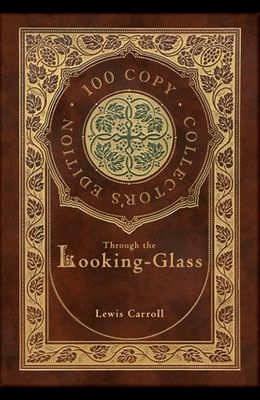 Through the Looking-Glass (100 Copy Collector's Edition)

Through the Looking-Glass, and What Alice Found There is the sequel to Alice's Adventures in Wonderland . Set some six months later than the earlier book, Alice again enters a fantastical world, this time by climbing through a mirror into the world that she can see beyond it. Through the Looking-Glass includes such celebrated verses as Jabberwocky, and The Walrus and the Carpenter, and the episode involving Tweedledum and Tweedledee. Alice's Adventures in Wonderland began as a story told to three little girls in a rowboat, near Oxford. Ten year old Alice Liddell asked to have the story written down and two years later it was published with immediate success. Carroll's unique play on logic has undoubtedly led to its lasting appeal to adults, while remaining one of the most beloved children's tales of all time. This edition is complete with all 42 original illustrations by Sir John Tenniel. This cloth-bound book includes a Victorian inspired dust-jacket, and is limited to 100 copies.