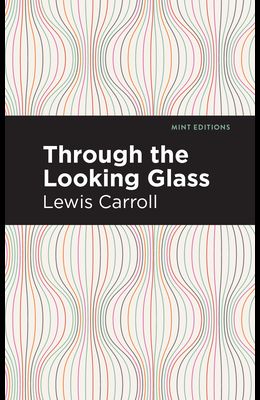 Through the Looking Glass

by
Lewis Carroll and Mint Editions

Alice discovers an unknown land on the other side of the mirror and finds herself part of a problem in chess, meeting some unlikely characters of nursery rhyme and puzzled by the reversal of many of the laws of nature. The follow-up to Alice in Wonderland , originally appeared in 1871 and has not been out of print since. Curious Alice finds her way through a mirror into an amazing alternate world that is, in some ways, a reverse version of our own. This surreal new dimension proves to be much more than that, as Alice discovers that her passage through it requires moving correctly across a chessboard landscape while encountering a string of nursery rhyme characters brought to bewildering life. Readers will find themselves confronted by one iconic moment after another, as Alice meets the Red Queen, Tweedledum and Tweedledee, encounters the poems, Jabberwocky and The Walrus and the Carpenter all presented in seemingly infinitely quotable prose. Despite repeated attempts down the years to reinterpret Through the Looking Glass as a social, political or religious allegory the book stands outside such concerns as a timeless classic of the imagination. It remains one of the most universally beloved children's books in English, and cherished by adults as much, or perhaps even more, than it is by children. With an eye-catching new cover, and professionally typeset manuscript, this edition of Through the Looking Glass is both modern and readable.

From the Back Cover Young Alice passes through a mirror into a land of reversal, paradox and sublime imagination, in Through the Looking Glass by Lewis Carroll . Brimming with strange and delightful characters and incidents, poetry and wordplay, elegance and nonsense, this is a classic for both children and anyone who has ever been a child.