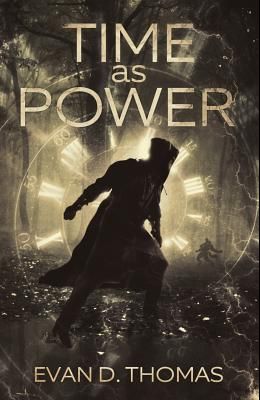 What good is power without the time to use it? - His Majesty King Ernesto Vesteille, more commonly known as 'The Twelve Hour King', moments before his execution. One final deception in a sea of mistruths and lies. One last subversion of power to secure the sanctity and the prosperity of the kingdom of Barathax, now and forever more. One final act... that will go horribly wrong A simple betrayal or the precursor to an even more sinister event? An event which not only places Barathax's sovereignty in jeopardy, but the lives of the entire planet and more. Are the clandestine political manoeuvrings driving the kingdoms of Trescot, Eboda and Barathax to war the key required to unravel the mystery before it is too late? Or are they just an unfortunate side show, a mere distraction from what is to come? When the moral compasses of those with the power to belay a world's doom are attracted to opposing poles, a paradoxical choice between time and life will endanger the existence of all who inherit the realm. In a tangled maze of events and conflicting interests, only one thing is certain. The coming months will see the realm thrown into chaos, as light is slowly shed on the events of the past, the clues necessary to stop those who would see the destruction of this world and the enslavement of another. Time as Power is an action/science-fiction/fantasy novel set between different worlds and times. The manipulation of time, and its subsequent effect on power, make for a fast paced, thrilling journey through the lands of Barathax, Trescot, Eboda and more