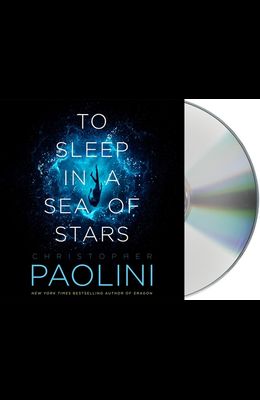 To Sleep in a Sea of Stars

This program includes an afterword read by Christopher Paolini, as well as a bonus conversation between Christopher Paolini and Jennifer Hale. To Sleep in a Sea of Stars is a brand new epic novel from New York Times bestselling author Christopher Paolini. **This program is read by Jennifer Hale, a Canadian American actress and singer who has appeared in hundreds of cartoon episodes and taken on roles in well over 185 video games, winning multiple awards. Her varied roles include Commander Shepard in Mass Effect , Rosalind Lutece in BioShock Infinite , Cinderella in both games and animation, Kronika in MK11 , Naomi Hunter in the Metal Gear series, several roles in The Powerpuff Girls , Justice League , Avengers Assemble , the Emmy Award winning Lost In Oz , Jean Grey/Phoenix in both games and animated series and dozens more. This is her first audiobook.** Kira Nav rez dreamed of life on new worlds. Now she's awakened a nightmare. During a routine survey mission on an uncolonized planet, Kira finds an alien relic. At first she's delighted, but elation turns to terror when the ancient dust around her begins to move . As war erupts among the stars, Kira is launched into a galaxy-spanning odyssey of discovery and transformation. First contact isn't at all what she imagined, and events push her to the very limits of what it means to be human. While Kira faces her own horrors, Earth and its colonies stand upon the brink of annihilation. Now, Kira might be humanity's greatest and final hope . . . A Macmillan Audio production from Tor Books

Books similiar to To Sleep in a Sea of Stars