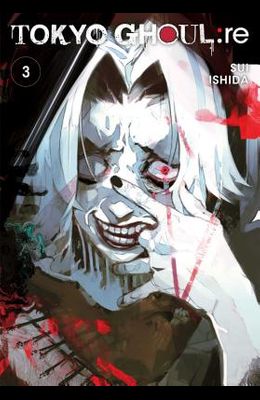 In the world of Tokyo Ghoul, sometimes the only way to fight monsters is to become one... The Commission of Counter Ghoul is the only organization fighting the Ghoul menace, and they will use every tool at their disposal to protect humanity from its ultimate predator. Their newest weapon in this hidden war is an experimental procedure that implants human investigators with a Ghoul's Kagune, giving them Ghoul powers and abilities. But both the procedure and the newly formed Qs Squad are untested. Will they become heroes...or monsters? Operation Auction Sweep has turned into a bloodbath as the investigators face off against the Ghouls of Aogiri Tree's security forces. And with victory for the CCG far from assured, Investigator Toru Mutsuki must escape from behind enemy lines. His only help comes from Kuki Urie, the ex-Squad Leader of the Quinxes, whose sole allegiance is to his next promotion. With such a dubious ally and flesh-hungry Ghouls all around, does Toru even stand a chance?