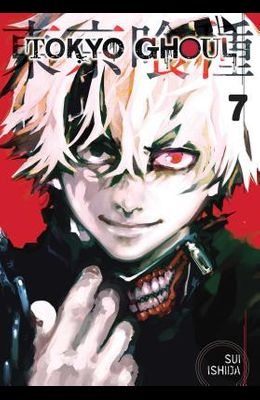 Ghouls live among us, the same as normal people in every way-except their craving for human flesh. Ken Kaneki is an ordinary college student until a violent encounter turns him into the first half-human half-ghoul hybrid. Trapped between two worlds, he must survive Ghoul turf wars, learn more about Ghoul society and master his new powers. Kaneki is captured and then tortured by Yamori, one of Aogiri Tree organization's most sadistic members. To survive the interrogation, Kaneki will have to finally surrender to the Ghoul inside him, but if he does, it will change him permanently and push him even further away from being human.