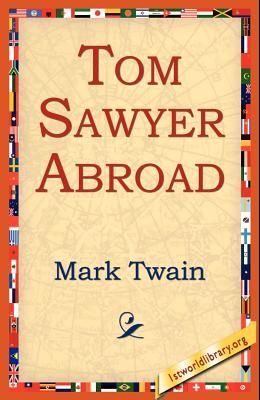 Purchase one of 1st World Library's Classic Books and help support our free internet library of downloadable eBooks. 1st World Library-Literary Society is a non-profit educational organization. Visit us online at www.1stWorldLibrary.ORG - - DO you reckon Tom Sawyer was satisfied after all them adventures? I mean the adventures we had down the river, and the time we set the darky Jim free and Tom got shot in the leg. No, he wasn't. It only just p'isoned him for more. That was all the effect it had. You see, when we three came back up the river in glory, as you may say, from that long travel, and the village received us with a torchlight procession and speeches, and everybody hurrah'd and shouted, it made us heroes, and that was what Tom Sawyer had always been hankering to be. For a while he WAS satisfied. Everybody made much of him, and he tilted up his nose and stepped around the town as though he owned it. Some called him Tom Sawyer the Traveler, and that just swelled him up fit to bust. You see he laid over me and Jim considerable, because we only went down the river on a raft and came back by the steamboat, but Tom went by the steamboat both ways. The boys envied me and Jim a good deal, but land they just knuckled to the dirt before TOM.