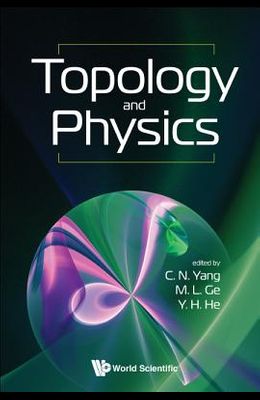 Since its birth in Poincar 's seminal 1894 'Analysis Situs', topology has become a cornerstone of mathematics. As with all beautiful mathematical concepts, topology inevitably -- resonating with that Wignerian principle of the effectiveness of mathematics in the natural sciences -- finds its prominent role in physics. From Chern-Simons theory to topological quantum field theory, from knot invariants to Calabi-Yau compactification in string theory, from spacetime topology in cosmology to the recent Nobel Prize winning work on topological insulators, the interactions between topology and physics have been a triumph over the past few decades.In this eponymous volume, we are honoured to have contributions from an assembly of grand masters of the field, guiding us with their world-renowned expertise on the subject of the interplay between 'Topology' and 'Physics'. Beginning with a preface by Chen Ning Yang on his recollections of the early days, we proceed to a novel view of nuclei from the perspective of complex geometry by Sir Michael Atiyah and Nick Manton, followed by an entr e toward recent developments in two-dimensional gravity and intersection theory on the moduli space of Riemann surfaces by Robbert Dijkgraaf and Edward Witten; a study of Majorana fermions and relations to the Braid group by Louis H Kauffman; a pioneering investigation on arithmetic gauge theory by Minhyong Kim; an anecdote-enriched review of singularity theorems in black-hole physics by Sir Roger Penrose; an adventure beyond anyons by Zhenghan Wang; an aper u on topological insulators from first-principle calculations by Haijun Zhang and Shou-Cheng Zhang; finishing with synopsis on quantum information theory as one of the four revolutions in physics and the second quantum revolution by Xiao-Gang Wen. We hope that this book will serve to inspire the research community.