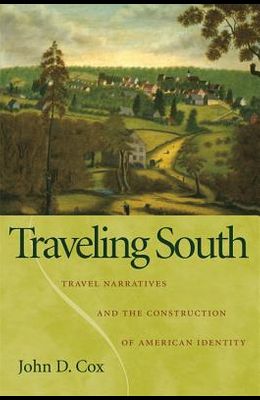 Traveling South: Travel Narratives and the Construction of American Identity

Traveling South is the first major study of how narratives of travel through the antebellum South helped construct an American national identity during the years between the Revolutionary War and the Civil War. John Cox makes his case on the basis of a broad range of texts that includes slave narratives, domestic literature, and soldiers' diaries, as well as more traditional forms of travel writing. In the process he extends the boundaries of travel literature both as a genre and as a subject of academic study. The writers of these intranational accounts struggled with the significance of travel through a region that was both America and other. In writings by J. Hector St. John de Cr vecoeur and William Bartram, for example, the narrators create personal identities and express their Americanness through travel that, Cox argues, becomes a defining aspect of the young nation. In the narratives of Frederick Douglass and Solomon Northup, the complex relationship between travel and slavery highlights contemporary debates over the meaning of space and movement. Both Fanny Kemble and Harriet Jacobs explore the intimate linkings of women's travel and the construction of an ideal domestic space, whereas Frederick Law Olmsted seeks, through his travel writing, to reform the southern economy and expand a New England yeoman ideology throughout the nation. The Civil War diaries of Union soldiers, written during the years that witnessed the largest movement of travelers through the South, echo earlier themes while concluding that the South should not be transformed in order to become sufficiently American; rather, it was and should remain a part of the American nation, regardless of perceived differences.