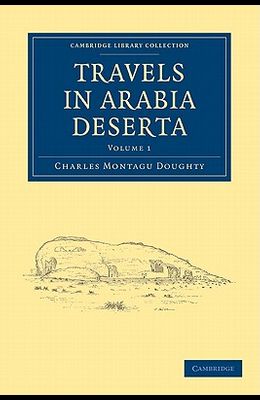 Western exploration of the Arabian Desert began in the mid-eighteenth century, but it was not until the nineteenth century that the British officers of the Indian colonial government undertook surveys of the areas remote from the major pilgrimage routes. Charles Doughty (1843 1926) spent two years among various nomad tribes and wrote in 1888 what would be the first comprehensive Western work on the geography of Arabia, in an attempt, as he says in the preface, to 'set forth faithfully some parcel of the soil of Arabia smelling of samn and camels'. His classic and justly famous account is a fantastic piece of travel writing that shows full understanding of the area, the people and all aspects of nomadic life in the desert.