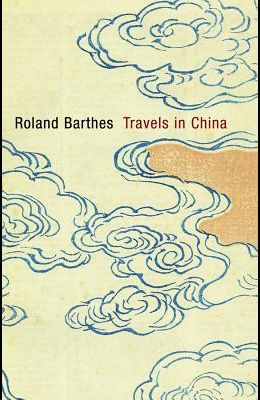 In 1974 Roland Barthes travelled in China as part of a small delegation of distinguished French philosophers and literary figures. They arrived in China just as the last stage of the Cultural Revolution was getting underway - the campaign to criticize Lin Biao and Confucius. While they were welcomed by writers and academics, the travelers were required to follow a pre-established itinerary, visiting factories and construction sites, frequenting shows and restaurants that were the mainstay of Western visitors to China in the 70s. Barthes planned to return from the trip with a book on China: the book never materialized, but he kept the diary notes he wrote at the time. The notes on things seen, smelled and heard alternate with reflections and remarks - meditations, critiques or notes of sympathy, an aside from the surrounding world. Published now for the first time more than thirty years after the trip, these notebooks offer a unique portrait of China at a time of turbulence and change, seen through the eyes of the world's greatest semiotician.

Books similiar to Travels in China